The Sioux Narrows Arts Festival has been celebrated as an annual event on the August long weekend for 60 years. In the early years, the festival had 15 to20 local artists and was held in the Sioux Narrows Community Hall. There were poetry readings, visual and performing arts and displays of various art forms. The festival grew and shifted to Father Moss School gymnasium. In 1984 it was relocated to the curling rink to accommodate up to fifty artists.
​
Sioux Narrows Arts Council Archives
​ 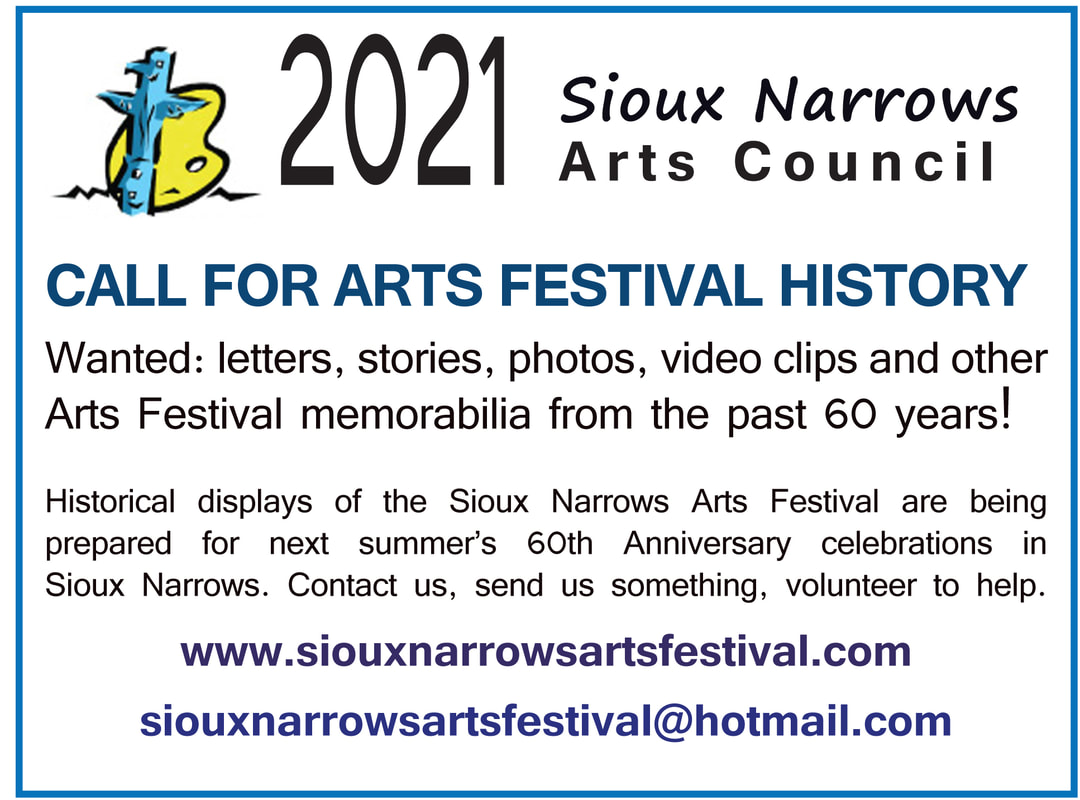 "Three couples, Mr. and Mrs. Bruce Johnston of Winnipeg, Manitoba,  Dr. and Mrs. John Perl of Chicago, Illinois and Mr. and Mrs. Ralph Lohr of Muscatine, Iowa initiated the first Sioux Narrows Arts Festival in 1961. These men and women were summer residents who volunteered their time and money." (page 53)

"The original purpose of the Festival was to exhibit art, in all forms, created by residents of the Lake of the Woods district. "Art for the fun of it" has been the Festival motto. Perhaps this motto was more true in the earlier years when amateurs and children played a bigger part. In recent years, more professionals exhibit and sell at the Festival. The Committee always welcomes children and amateurs who will still show their work "for the fun of it"." (Page 54)